AKA the non-sapient creatures living in Myvstrica! These guys also come in all sorts of colors and patterns. They can be pets or mystimew familiars. 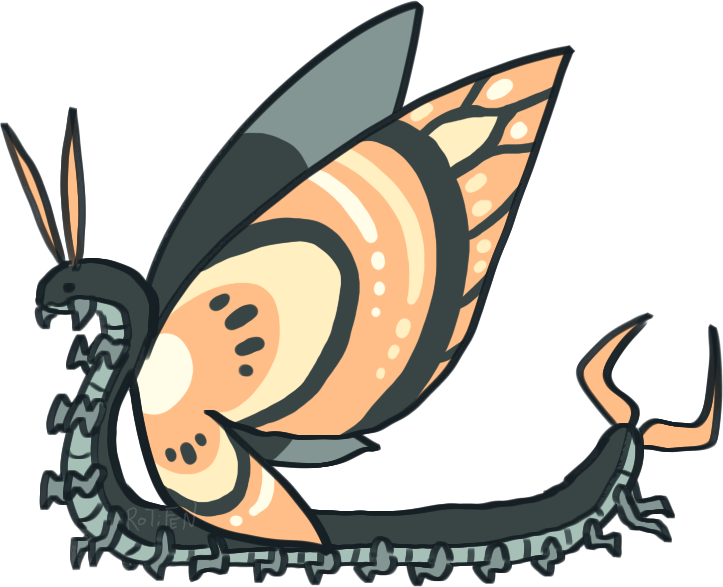 Butterpedes are basically just centipedes with butterfly wings. Clearly. They're the size of a very, very big centipede. Their wings come in many shapes and fancy patterns, and they often show them off to potential mates. They're hunters, and they use their wings to strike prey from above. Good thing they're not two meters long, or we'd all be in trouble! 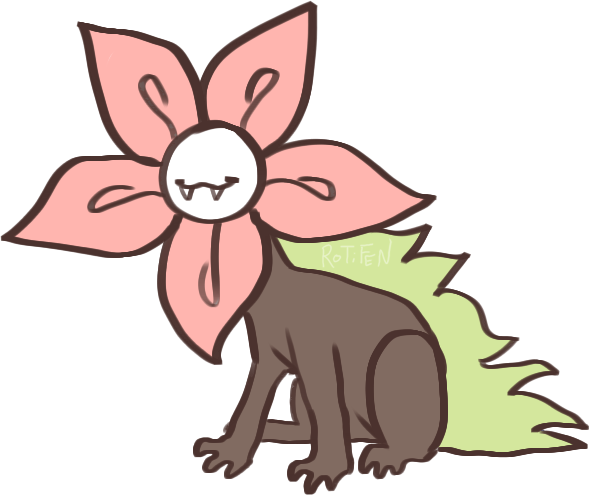 Flower mimics are insectivores, and imitate flowers to lure in pollinators. They're blind, and only "hunt" using their sense of touch. They could also actively hunt for bugs, but it's a bit difficult when you can't see. They do occasionally dig through the dirt for a meal, though. When picking flowers, be careful not to pick one of these guys. 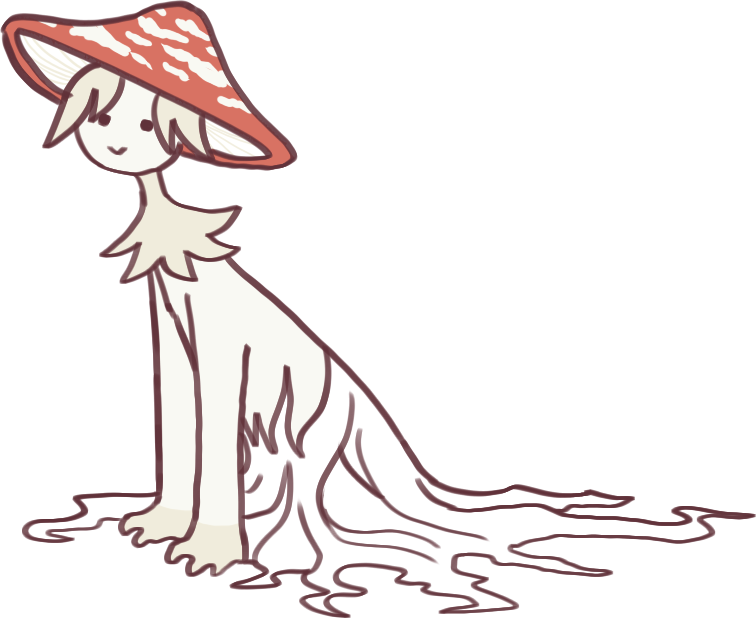 Fungus mimics are unrelated to flower mimics, but are closely related to micapra. They have basically the same genome, but fungus mimics have only one set of genes, along with a fungus genome. They hide their face behind their ears when they sleep, mimicking a mushroom. They're omnivores, and can eat even decomposing food. 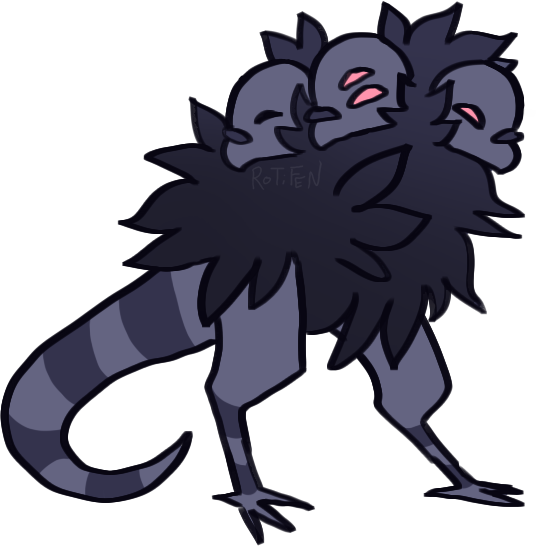 Pteraterata are... some kind of failed experiment set loose. But they've settled in, so what can you do? They can have between one and three heads, and each can have multiple pairs of eyes. They're about the size of a large dog. They eat bugs and small animals, and they're very fast runners. Watch out, they'll bite your ankles! 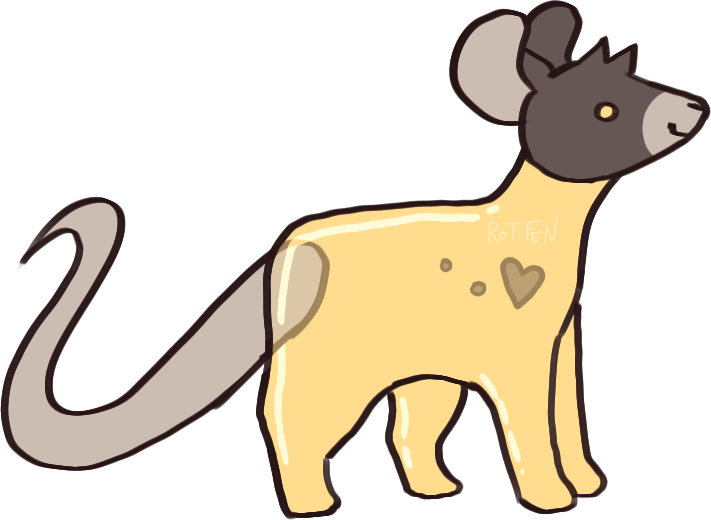 Slimerats are rats with bodies made out of a sort of... slime or gel. It can be see-through or not. They will eat anything, even things that aren't edible, which is how they end up with objects floating in their bodies. The objects can also naturally be there. Their heads and tails are very firmly attached to the body, so don't try to pull them out. 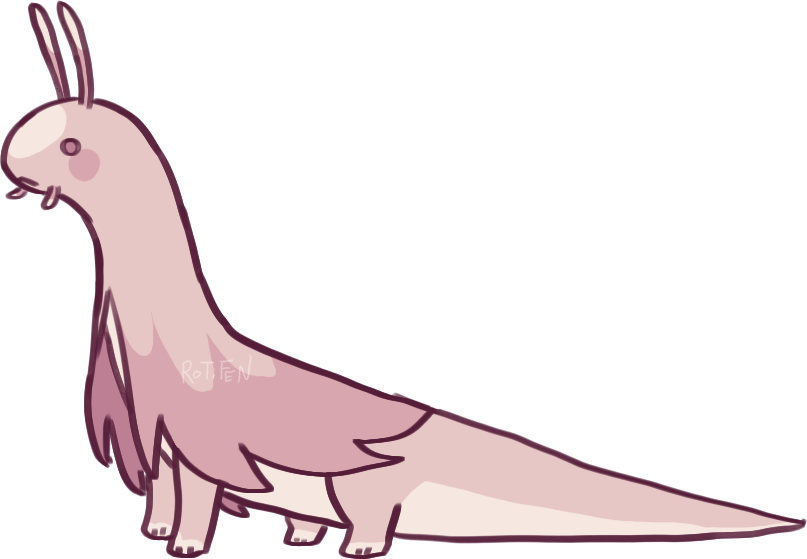 Slines are just slugs with extra steps. They're the size of a cat and they're very common pets. They're herbivores and love to munch on lettuce and any vegetables they can get their little paws on. They reproduce like snails but their genitals are politely hidden under their cloaks, even while they're Doing It. How nice of them!